On April 23rd 2018 in Paris The European Metadata Group, representing the leading suppliers of metadata and editorial services for the entertainment industry in Europe, announced the TV Metadata Visuals Initiative to focus on optimizing workflows between broadcasters and operators when it comes to visuals:

At the latest General Assembly of The European Metadata Group held at Plurimedia headoffices in Paris, the 14 members were gathered to discuss and find solutions regarding the most actual topics in the industry around metadata.

Subjects of several workshops during a two day program were: how to optimise the customer experience by an integrated approach of User Interface (UI) and metadata; picture coverage and how to organize photo and visuals workflows; the advantage of Artificial Intelligence to get high quality enriched metadata; the need of good quality metadata for Chatbot development and functionality (case) etc.

Latest generation operator user experience is strongly relying on a broad offering of visuals. It has become very challenging to present the richness of TV programs with varied and high quality visuals in lots of different formats and sizes in order, for the operators, to create the best content discovery experience for the end user. A special task group, including TEMDG members, will investigate options to offer the best solutions to supply quality TV metadata visuals.

In the coming months this TV Metadata Visuals Initiative will invest in research and it is expected that in Q3 2018 the Group is able to publish their first results and action plan.

About TEMDG The European Metadata Group

The purpose of the group is to enable top quality metadata supply to the European entertainment industry, based on strong local expertise throughout Europe. To reach the highest quality metadata possible, the group works on harmonizing technical and editorial standards. TEMDG The European Metadata Group is a group with actually 14 members and was launched at IBC 2016, legally founded in March 2017 and organized as an EEIG European Economic Interest Group, with headquarters in Berlin, Germany. Managing directors are Nathalie Cagossi (Plurimedia), Corry Siegers (Bindinc) and Christian Töpper (media press Group, chairman of the management board). 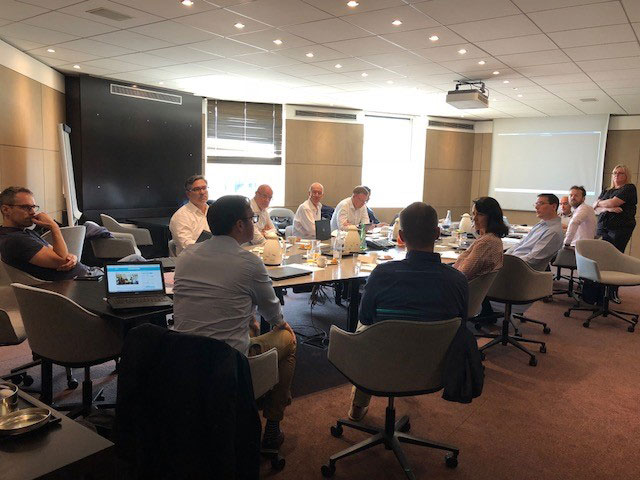 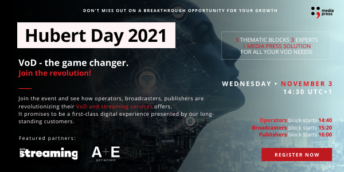 When the emotions have subsided it's time to start reminiscing! We recently had the pleasure of organizing once again a webinar for you - Hubert Day 2021 It has become a Media Press...

We want to invite you to the next edition of our great event Hubert Day! This year's event is focused entirely on VoD with thoroughly analyzed case studies from our long-standing...